So as most toy collectors know Toy Fair 2013 is currently underway. There has been some pretty interesting news coming out so far including previews of upcoming LEGO sets, Masters Classics figures as well as the highly anticipated Castle Greyskull, Star Wars Black Series, and news about Neca's 1/4 scale figures to be released. 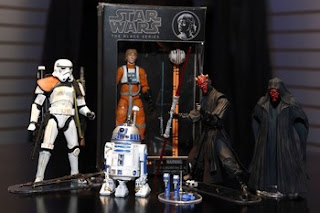 Star Wars Black Series (will be released in 6 inch and 3 3/4 inch)
Darth Maul's Head is removable, giving you the ability to display him in his Sith cloak. 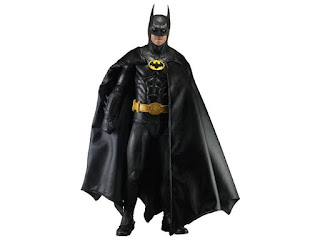 Neca's 1/4 scale 1989 Batman figure
This figure will be a whopping 18inches tall and, in my opinion, easily gives Hot Toys a run for their money. And at only 84 bucks, it is way more affordable. Mine is already preordered! 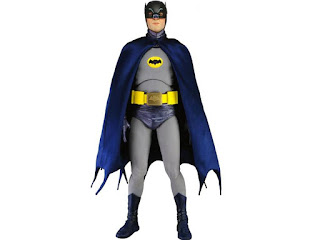 Neca 1/4 scale Adam West Batman
I am tempted to add this to the preorders. Super Unique and awesome!

So needless to say there are some sweet new toys coming out this year! I'm really excited about the Black Series. It's been years since I collected Star Wars figures. They have just gotten too carried away with their action figures. Too many lines, too many characters....just too much. I'm hoping with the Black series they will stream line their collectibles a bit. As for that Batman, I was always tempted to get the Hot Toys version but with this who needs it!?
Posted by Rich at 4:08 PM