Hey all, welcome to another edition of Nerd Nook Newbies!

This week was a big one for my Super Powers collection. I kind of strayed off for a while grabbing items that were nostalgic or stuff I loved as a kid. I have decided I need to streamline the collection and have begun to once again focus on my favorite collection, Super Powers! 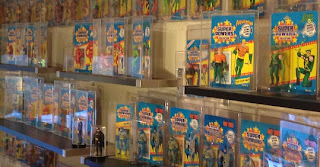 Before I start showing my new additions I want to provide a quick bit of inofrmation. Super Powers were made and sold by Kenner. The company responsible for such beloved lines as Star Wars and Real Ghostbusters. Kenner produced 3 series of figures from 1984-1986. Later in the 80s and early 90s other foreign companies also produced Super Powers/Amigos/Poderes/Heroes figures. Many collectors of the Super Powers line (myself included) enjoy adding these foreign items to their collections. Some are rarer than others but, in my opinion, they all add some spice and diversity to an already awesome line of figures! 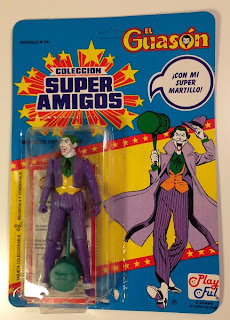 Here we have the Super Amigos version of The Joker. This figure was made by the Playful toy company from Argentina. Notable differences between their US counterparts would be the Playful brand, Spanish super power bubble, Amigos in place of Powers, Guason in place of Joker, no free comic. Unfortunately the postal service decided to bounce this package around like a basketball causing some damage to the bubble. Still a very cool and rare item. Hopefully the insurance takes some of the sting out the damage done.... 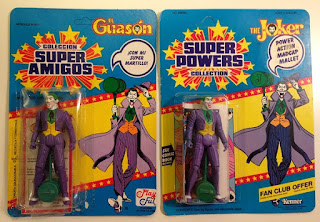 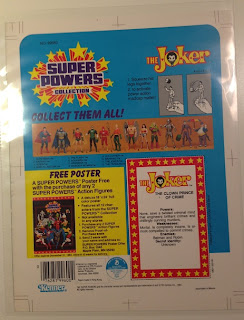 I'll be sticking with Joker related items for the next two newbies. The above image is of a Joker cromalin from the first series. This is basically a super high quality picture of the cardback. It was used to make changes and corrections before the carbacks were produced. These are pretty rare and I'm thrilled to have scored a pre production piece relating to my favorite Batman villan! 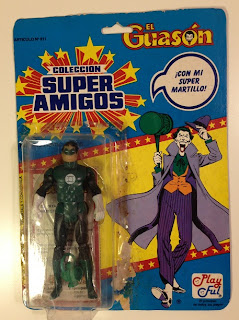 This is another foreign Super Amigos figure by Playful. This is a Green Lantern figure on a Joker cardback. This is my second miscard. These add an interesting spin to the collection. 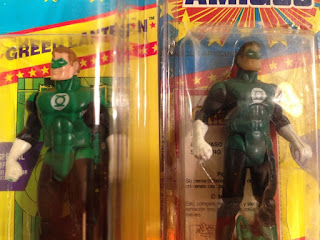 Here's a comparison of the Super Powers Green Lantern (left) and Super Amigos (right). The US Green Lantern was a much lighter/brighter shade of green. The materials on a whole used by many of the foreign companies were quite inferior when compared to the Kenner figures and packaging. 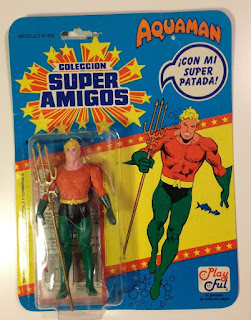 Yet another Super Amigos figure by Playful. Like I said, big week for my foreign collection! 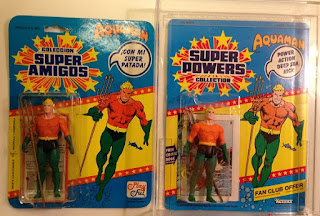 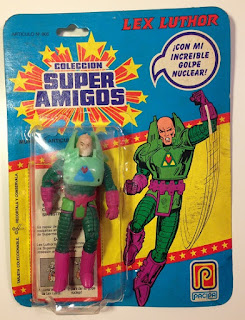 That does it for my Super Powers/Amigos additions. I'm pretty excited about these new foreign figures. I really do enjoy adding them whenever I can. 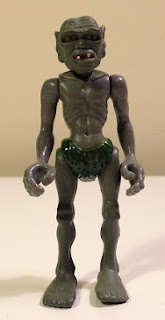 I did manage to add one non Super Powers item this week. Gollum represents the third figure for me from the Knickerbocker collection.

So that wraps up a very Argentinian Nerd Nook Newbies. Hopefully over the course of this year I'll be able to add some more foreign items to my Super Powers collections.


"My precious!" - Me gazing on my updated Super Powers display...lol
Posted by Rich at 2:16 PM