I was once again itching to go to another show. With the April Fools Toy Show still about 7 weeks away I figured I'd give this antique show a visit. The flyer did advertise "toys"! 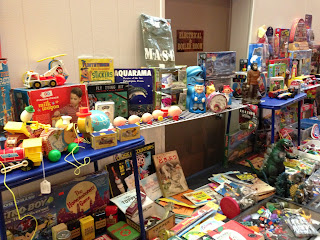 There were some old toys like the ones seen here. 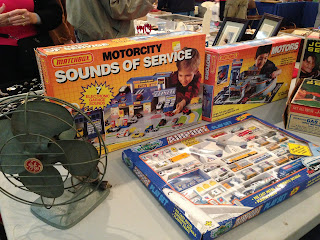 I totally had that Motorcity playset! 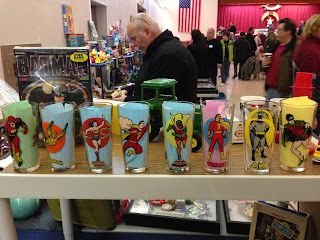 There were loads of old items. Kinda wish I picked up that Batman glass. 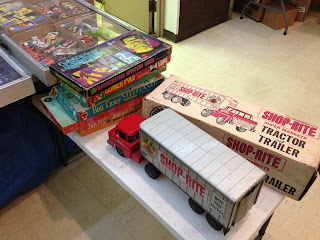 There was no shortage of old toy cars, Hess Trucks, you name it. The truck above was way cool. It had some old Batman stickers stuck to the back of it. Some kid must have had tons of fun playing with that thing! 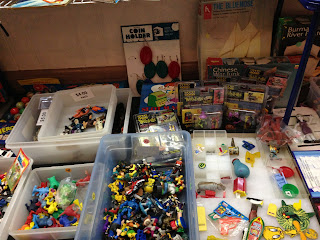 There were some odds and ends toys. 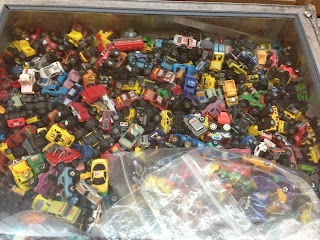 I used to love Micro Machines! 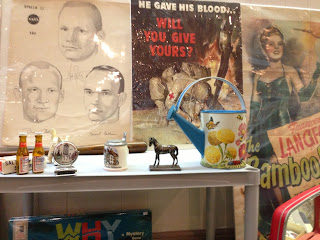 This poster of the Apollo 11 astronauts certainly caught my eye! 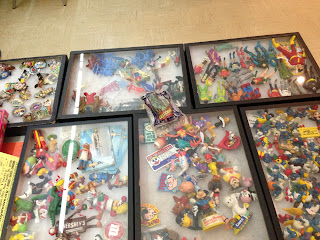 For the most part the items there were not really up my pop culture alley. Lots of knick knacks and stuff like that. There were a few booths that had some cool old money as well as items relating to World War 2 and past presidential elections which was cool to look at. My friend and I spent a few minutes listening to an old timer's story about how he came to own many of the items at his booth. That was pretty neat. I found myself wondering if that would be me 30 years from now. One can only hope!

As for my haul I didn't buy much. Spent 13 bucks on a few items that brought back some fond memories.... 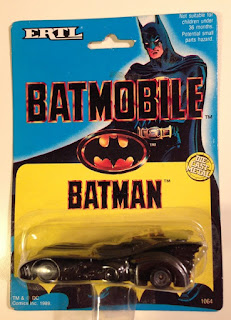 Had this toy as a kid. I really love the 1989 Batmobile 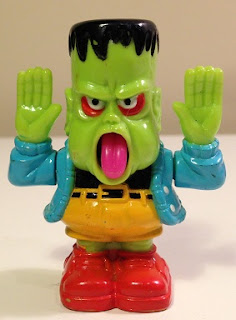 Another purchase driven by nostalgia. A McDonald's Happy Meal Toy (also had this guy) 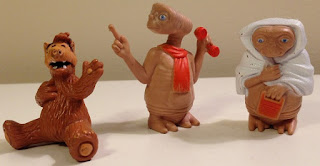 The Alf just caught my eye and I love E.T. so there's those. Love the Speak and Spell on the figure!

So that's it for my journey to Delaware. My friend and I had a good time talking old stuff on the ride there and back. We certainly saw some neat old stuff and met some neat old folks to go along with it.
Posted by Rich at 6:25 PM