So I did some digging over the weekend (I have loads of stuff I need to go through) and I came across some neat old watches I saved. The watches were worn on my wrist from the years 1989 to right around 1996. The range from a Batman watch that was released with the 1989 movie (still my all time favorite super hero flick) to Lost World and Congo watches (both Michael Crichton books incidentally).

Is it weird I still remember the day I got this? As far as I was concerned, I WAS Batman with this thing on.

These were offered by Taco Bell when the movie came out. I remember my brother and going after that orange one with the evil gorilla pretty intensely! 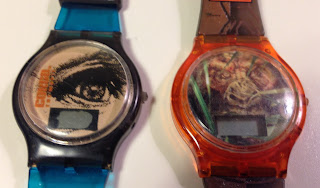 These were offered by Burger King when "The Lost World" hit theaters. 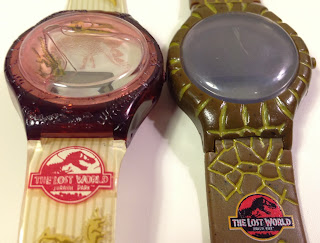 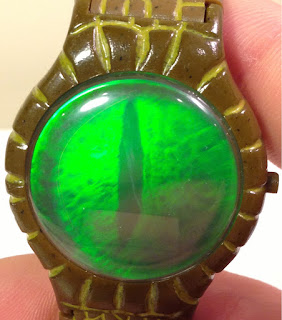 This one with the eye hologram was the one to get from this collection!
Posted by Rich at 11:04 AM