So this weekend Wizard World Comic Con was in my neck of the woods and I got a weekend pass. The vendors were pretty lack luster if I'm honest. Most of the stuff was new toys that I really have no interest in. Luckily there were some pretty cool guests, so I decided to grab some autographs to grace the walls of my man cave..... 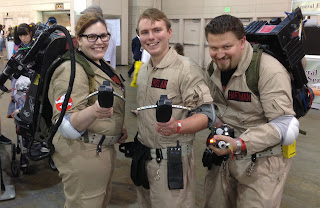 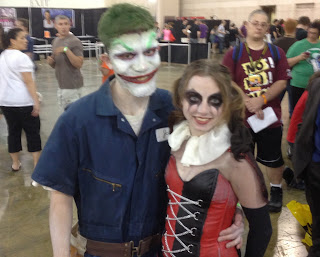 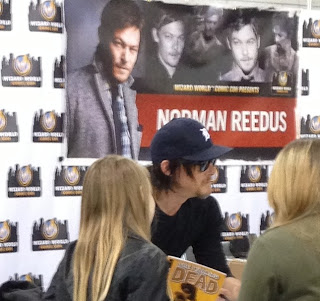 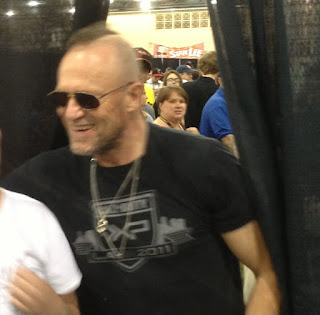 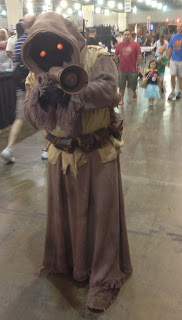 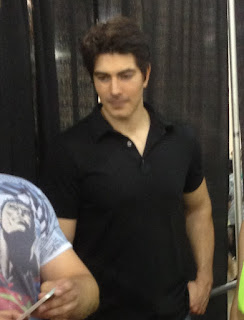 Brandon Routh got a tough break with that lousy Superman movie. He was a pretty cool guy. 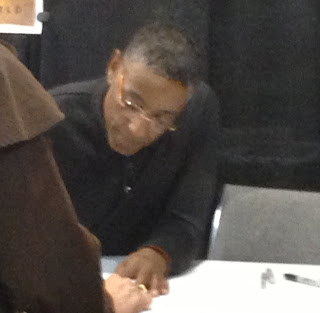 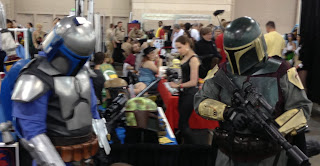 Father and Son together again... 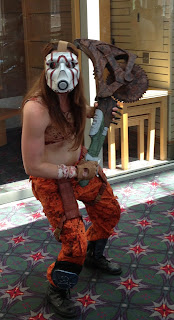 Borderlands enemy...
I must say, the crowd was a fun bunch. I had a great time nerding out! Now onto my autograph haul! 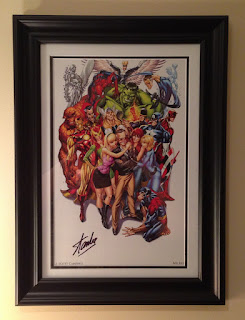 First up is Stan Lee. I waited until his signing time was nearly up and grabbed my ticket. I literally got the very last one available. My strategy (luck) paid off and I only had to wait in line like 10 mins. He was cool and actually asked me if I was enjoying myself. I called him "Stan the Man" when I walked up to him. He chuckled. I already went out and grabbed a nice frame for it. I bought a nice 13x19 print at the show for him to sign. The free 8x10 just didn't say "Stan Lee" to me. I wanted something a bit more special. This print, i thought, was awesome...
They allowed me to video tape him while signing!

My next autograph is Crixus....the undefeated Gaul!!!! 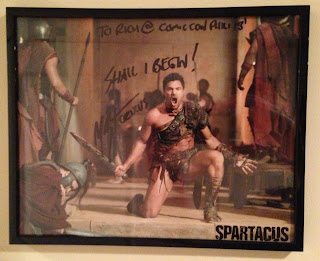 Anyone who watched Spartacus appreciates this one! He was super cool and actually chatted with me for a few minutes since his line was short at the moment. I admitted to shouting at my tv screen while watching the epicness of Spartacus. I love the "Shall I Begin!" quote. A favorite line of Crixus! 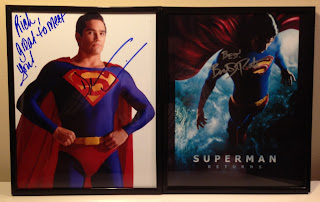 Next I grabbed Brandon Routh and Dean Cain. It was pretty cool meeting two former Supermen in the same weekend.  Dean was super friendly and pretty funny actually. I also attended a Q and A session where they both attended. They were very funny and entertaining together! 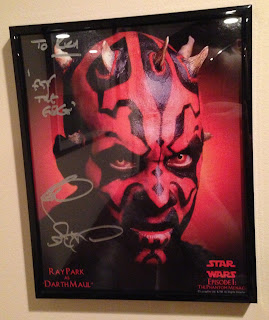 "I am sending my apprentice....Darth Maul...." If there was one thing I would say was awesome about Phantom Menace (one is a stretch)..... I'd say it was Darth Maul. Ray was late and had a group of uber nerds pretty pissed. It was funny and I wish I had it filmed. I dig the photo tho! I guess he wrote "feel the force" kinda tough to make out. Thoughts? 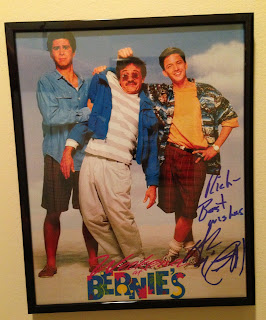 Finally....for the nostalgia....I grabbed Andrew McCarthy. My brother and I loved "Weekend and Bernie's" and I've got some great memories attached to it. Heck, I've even got great memories attached to "Manequin". My mom loved that movie and would force me and my bro to dance with her when this certain scene came on....lol. Anyway he was also pretty cool too. Chatted for a minute or two.

So that's it for my Con experience. It was fun doing the autograph thing as I'd never done it before. There were some cool actors there and the cost was very reasonable!

Next I've got a toy show coming up this weekend that I'm pretty psyched for! I know I'll find some cool stuff at this one!
Posted by Rich at 6:22 PM