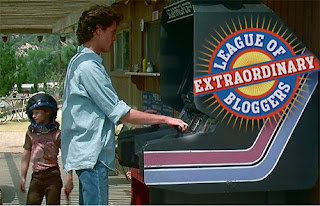 So this week the league is doing something that kids these days will probably never be able to do......imagine our dream arcade rooms! Yup back in the day if you wanted a truly awesome gaming experience you needed quarters and a dark noisy place called an arcade.

Now I played arcades machines all over the place...and in the interest of nostalgia (I always feel extra nostalgic in the summer)....I'll bore you with a few details..... 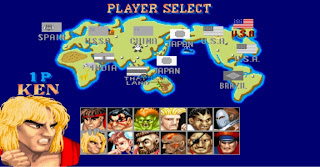 Growing up there was a 7-11 around the corner from my house (I was a city kid). Every Saturday morning (after cartoons of course) my brother and I would head over and play their Street Fighter Arcade. You wouldn't think this was the most exciting thing in the world, but it's synonymous with some of the best time spent with my big bro.....

Funny story...a few years back  Xbox360 released this on their system. I managed to climb to the top 25 on the leader boards!

Next I'd have to have Golden Axe and Michael Jackson Moonwalker! 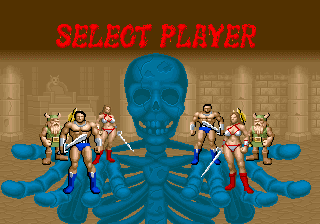 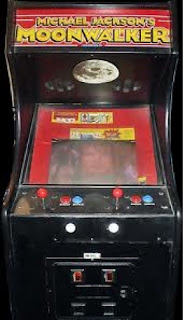 You're probably wondering why I put these two together....well it's because we always played them at the same place. An old video rental store, long since out of business, call West Coast Video. They had two machines and these were them! We eventually had Golden Axe on Genesis as well. What a great game!

Next I have to grab the X-Men arcade...(You didn't think you'd be the only one didya Shawn?) 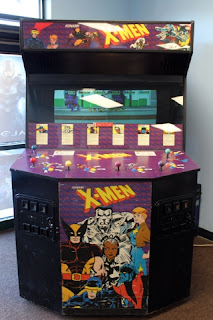 The 90s is where my love for marvel really took off. All through my earliest years (the 80s) I loved DC heroes mostly from the Super Powers Collection. It wasn't until I moved to Philadelphia and got into comics that I really began to love Marvel as well. This machine was plain awesome! I could have probably paid for my first car with the quarters I dumped into this thing....

I would most definitely need to have the TMNT arcade machine... 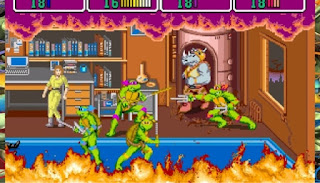 Back in the late 80s early 90s, my grandmom constantly needed new eye glasses (she had trouble with her eyes back then) so we would frequently travel to the mall so she could hit up Lense Crafters. This began sort of a routine that after she got her glasses we'd (my mom, bro, and grandmom) hit up Chi Chi's (do these even exist anymore) and have a good Mexican dinner. I loved the food and the fact that they had this arcade machine! It truly was a match made in heaven.

And finally, my room wouldn't be complete without The Simpsons arcade. 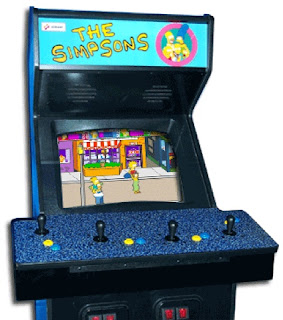 As a kid my mom would send my brother and I to this awesome summer camp in the Olde City section of Philadelphia. It was loads of fun and I enjoyed every minute of it. We did all sorts of things including trips to museums, historic sites, the arcade around the corner, parks, pools, it really was fun.  Now if that wasn't enough, add in the fact that they had their very own Simpsons arcade in their reck room! So awesome!

So that's it for my ultimate arcade room. Just typing about it and remembering all this stuff was pretty awesome. That time in my life is one that I would say I hold closest to my heart. It's the time where I was engrossed in a world of friends, comics, toys, trading cards, and carefree fun. In 3 days the Summer of Rich will begin! I've been inspired by Tim over at Flashlights are Something to Eat, and am planning to document my 70 day summer vacation. Stay tuned for that if you're interested in loads of nostalgia seeking, past tracing, toy collecting, movie watching, and just plain carefree fun!

Check out these other great posts from around the League!
Branded in the 80's transports me right back to Pizza Hut circa 1980s....
Cavalcade of Awesome chooses wisely!