Been having a tough time deciding on a topic to write about for this one so I decided to go with what initially popped in my head...."When did I get so.....LAME!"
Read more »
Posted by Rich at 7:42 AM 2 comments:

So yeah...I've pretty much lived along the East Coast my entire life and celebrity run-ins have been few and far between. Sure there have been a few. I once ran into Billy Dee Williams and caught a passing glimpse of Bill Murray....but beyond that my celebrity elbow bumping has been slim to none. So, with that said, I figured I'd stick to what I know....

"Hey, isn't that Green Lantern dressed up like The Riddler!" 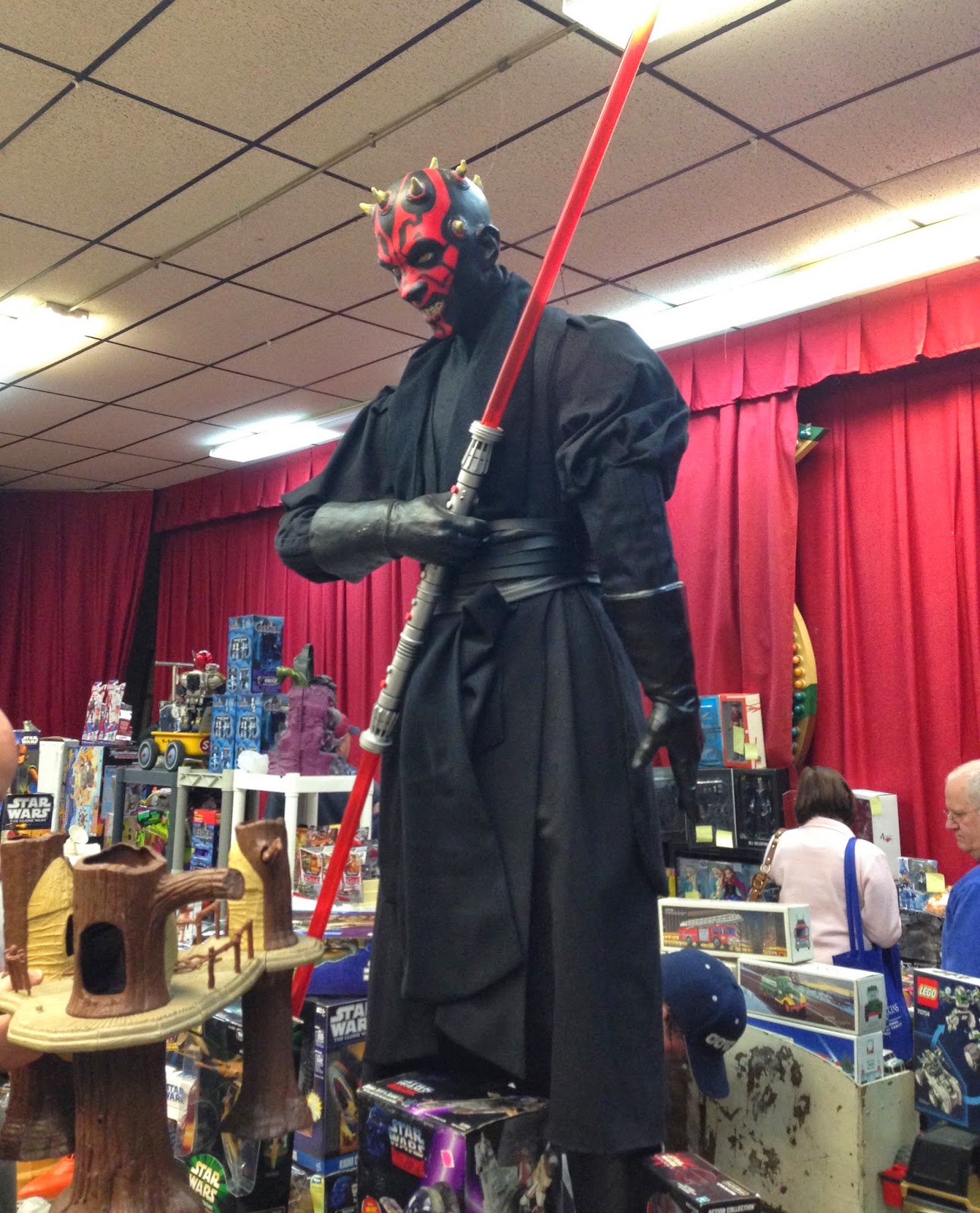 Having chosen this week's topic, it's slightly ironic that I had a hard time deciding on something to write about.  Luckily for me I took some inspiration from Brian's post and am going to run with it. I bring you..... I honestly can't remember a time when I wasn't into comic book heroes, cartoons, toys, and all sorts of pop culture. Having a brother only a year and half older than me was awesome.....We dug the same stuff and had TONS of fun playing together. I can still remember some of our late night talks in the dark, each of us in our beds (we shared a room until we were well into our teens) staring at the ceiling talking about whatever it was we were obsessed with at the time. It was great fun and I truly cherish those experiences.

With all that said I didn't really get into movies until the late 80s. Prior to that it was primarily toys and cartoons. Things changed when my family moved in 1987. We went from being a few 100 miles away from my Grandmom to sharing the same house. My brother and I acclimated to life in the city fairly quickly. You could say we picked up right where we left off with the toys, cartoons, and collectibles. We found all the closest comic stores and were off and running in no time. Aside from our favorite comic stores there was one other place we loved to go..... 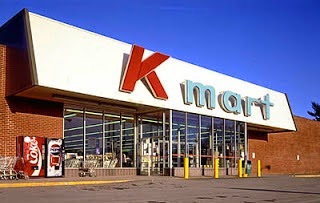 Our weekly K-Mart trip became quite the event. My Uncle Charlie would drive me, my brother, and my Grandmom over. My brother and I would of course head straight for the toys while my Grandmom took care of her shopping. We'd always get something small like a match box car while my Grandmom would make her weekly VHS selection. This brings me to "Blue-Light Fanboy!". 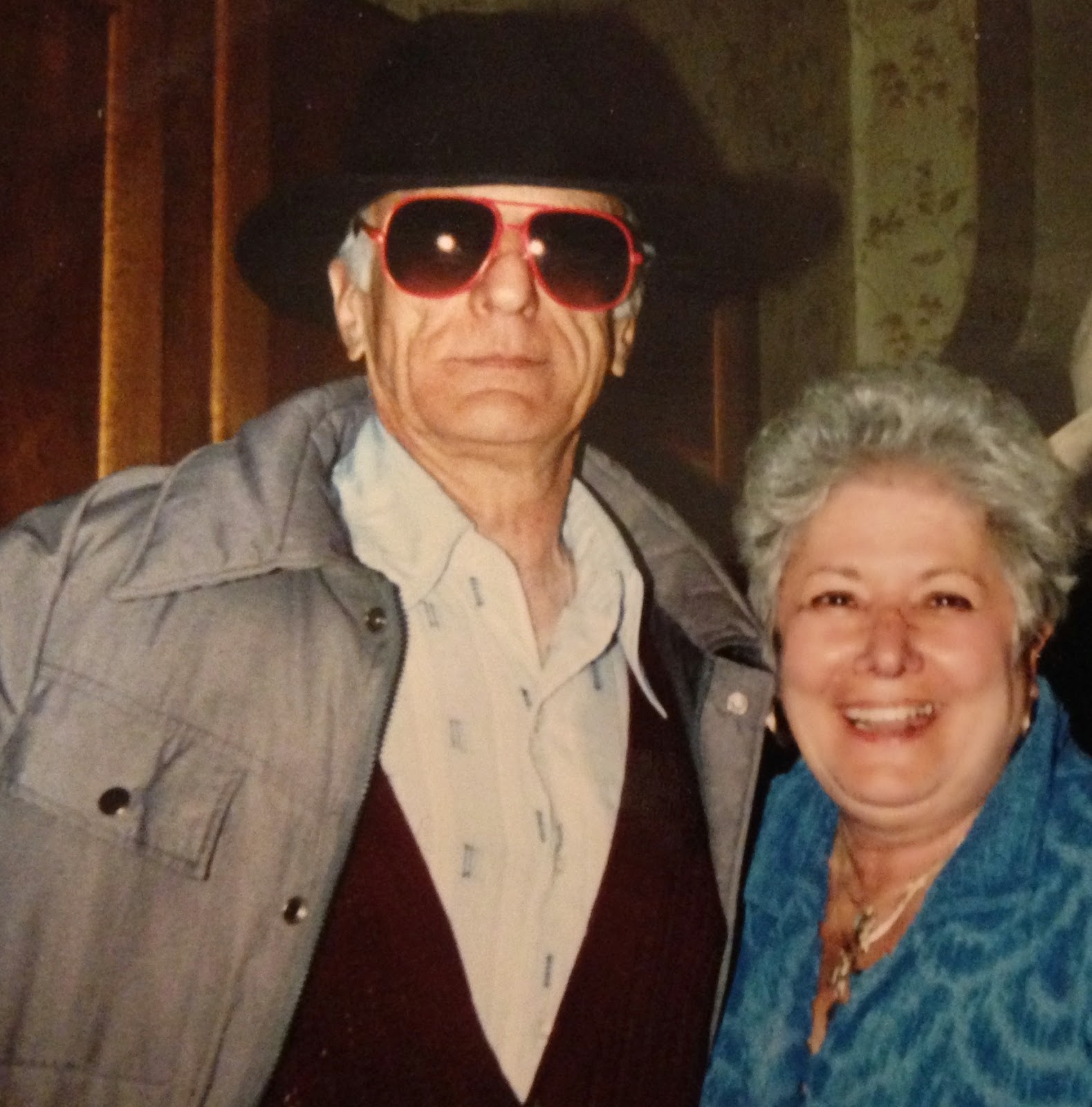 The first tape my Grandmom ever bought was "Raiders of the Lost Ark". I remember it like it was yesterday. My brother and I sprawled across the carpet completely spellbound. I wanted to BE Indiana Jones in the worst way! Sure the ghosts at the end scared the living shit out of me but damn it if it wasn't worth it! The weekly movies continued on from that point. There was "Goldfinger", "Last Crusade", "Where Eagles Dare", "Rocky", and SO MANY more. Those simple K-Mart trips turned a kid with fan boy tenancies into an UBER fan for life! It was the beginning of my lifelong love for movies. I discovered some of pop cultures most legendary characters from that carpet, fresh off a trip to K-Mart. It was an overall awesome experience. Fun and exciting! I think that's a big part of what's missing for the younger generations these days. The experiences. We couldn't just press a button and stream a movie. We had to go out TOGETHER. Our friends, families, whoever, and interact. We went to places like Blockbuster, K-Mart, and West Coast video. We stopped for ice cream or donuts. We rambled away in the back seat with seat belts that only went across our waists! We not only survived but had a ball while we were at it! No one was checking a cell phone, Tweeting, Instagraming, texting, or anything else. We were in the moment. Our only source of entertainment was our buddy next to us listening while we babbled away about TMNT, our favorite ball team, or what we were gonna do outside the next day. It was fun in every way possible and I sure do miss it! Grandmom and Uncle Charlie are well into their 80s these days but we still catch the occasional movie and reminisce about those good old days that I'll never forget!

With ALL that said, I suppose it could sound silly to say you fondly remember trips to a defunct department store, but as I mentioned above they were anything but ordinary!

Hopefully I didn't bore you to death! Be sure to check out the rest of the League's "Cool Stories!"