So yeah...I've pretty much lived along the East Coast my entire life and celebrity run-ins have been few and far between. Sure there have been a few. I once ran into Billy Dee Williams and caught a passing glimpse of Bill Murray....but beyond that my celebrity elbow bumping has been slim to none. So, with that said, I figured I'd stick to what I know....

"Hey, isn't that Green Lantern dressed up like The Riddler!"

Compared to other collecting communities, Super Powers is fairly small. Most people who haven't reached my high status of uber nerd are not familiar with old El Acertijo AKA Argentina's knockoff version of the Riddler. Yeah it's true, most people didn't know...and truthfully most didn't care.

Well that all changed a few months back when Mattel teased the release of a 30th Anniversary wave of Re Released figures paying homage to the Super Powers Collection. It all started at New York Toy Fair with these figures..... 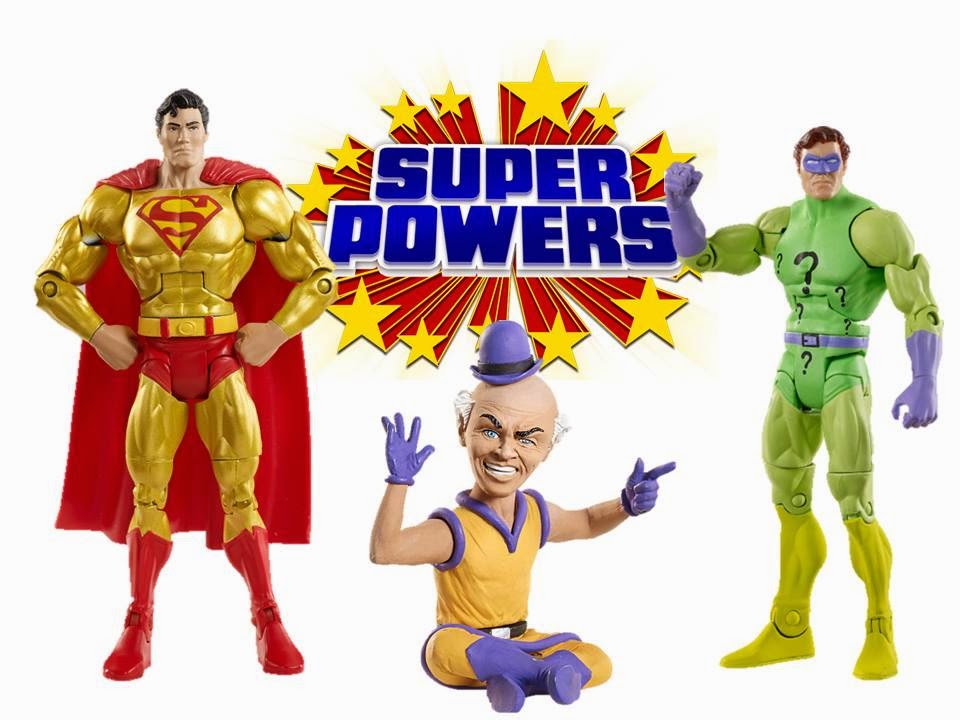 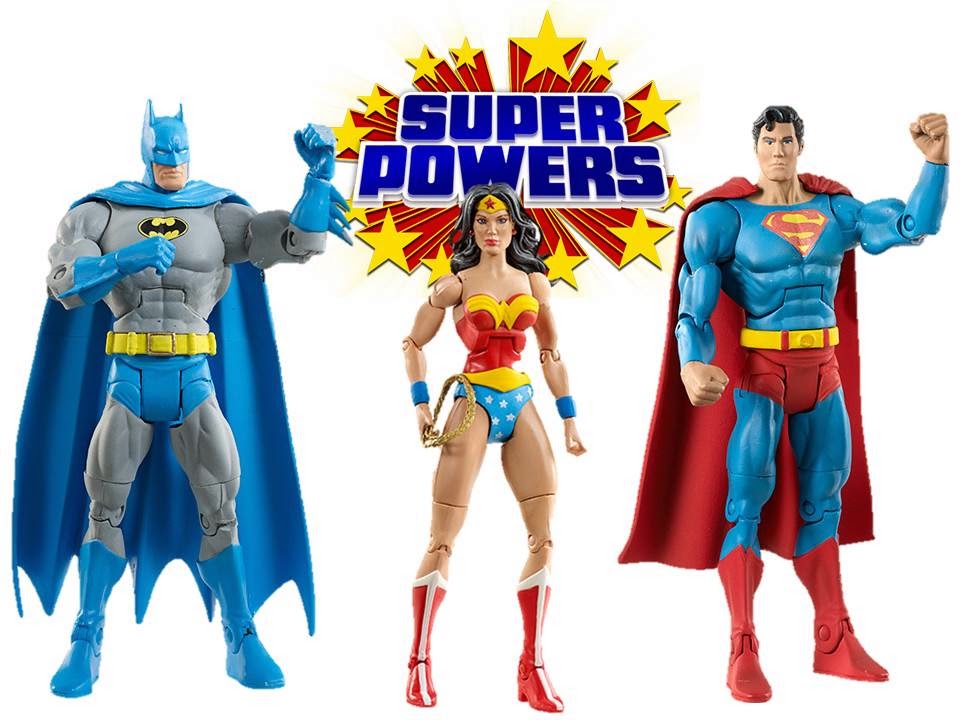 The interwebs were, of course, abuzz with talk of the legendary Super Powers Collection making a comeback! Most of the comments were positive and people, including myself, were excited. With that said, it quickly became apparent that most people had no clue what was up with The Riddler. Many were literally saying "hey isn't that just a Green Lantern repaint?!". Some were even criticizing Mattel for taking short cuts and applying lousy mismatched paint. It was time for Rich and the old Nerd Nook to go to work! 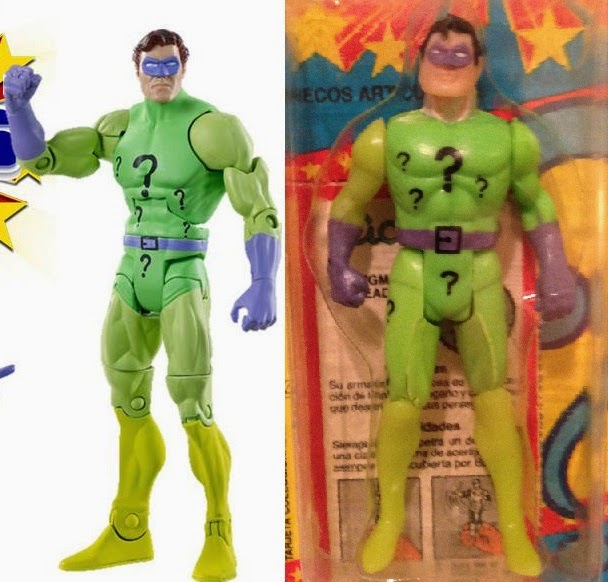 Basically this re released Riddler by Mattel is a nod to hard core fans. Kenner never released a US version of Riddler. So the Pacipa toy company took the already masked Green Lantern, shot him in a lime green plastic, slapped a few questions marks on him, added some purple and voila....Green Lantern in Riddler Disguise.

We super fans have always known about this prized rarity that is El Acertijo. We also know that the Argentinian toy company "Pacipa" used cheap plastic that faded. We still love him regardless of his strangely colored extremities! I think it's a neat touch that Mattel did this. A nice nod to us super fans.

So before I start to ramble the answer is a resounding "YES, that most certainly IS a Green Lantern dressed up as the Riddler!" And this mega Super Powers fan boy will make him mine!

One other quick detail before I wrap this up..... It has been confirmed by Mattel that the Riddler will be carded on the same Super "Amigos" (not Powers) card it originally released on. Spanish n all. The regular Kenner released figures will be on identical cardbacks as well. Sadly the one difference is they'll all say "Mattel" instead of "Kenner". Currently Gentle Giant has the rights to the Kenner name and are using it with their 12 inch Star Wars vintage line and most recently their re release of a 24 inch toy based on the rare and conveted Alien toy. I have my fingers crossed that Gentle Giant will some day make 12 inch Super Powers toys. I mean just try to wrap your head around how awesome a 12 inch Super Powers Batman would be! 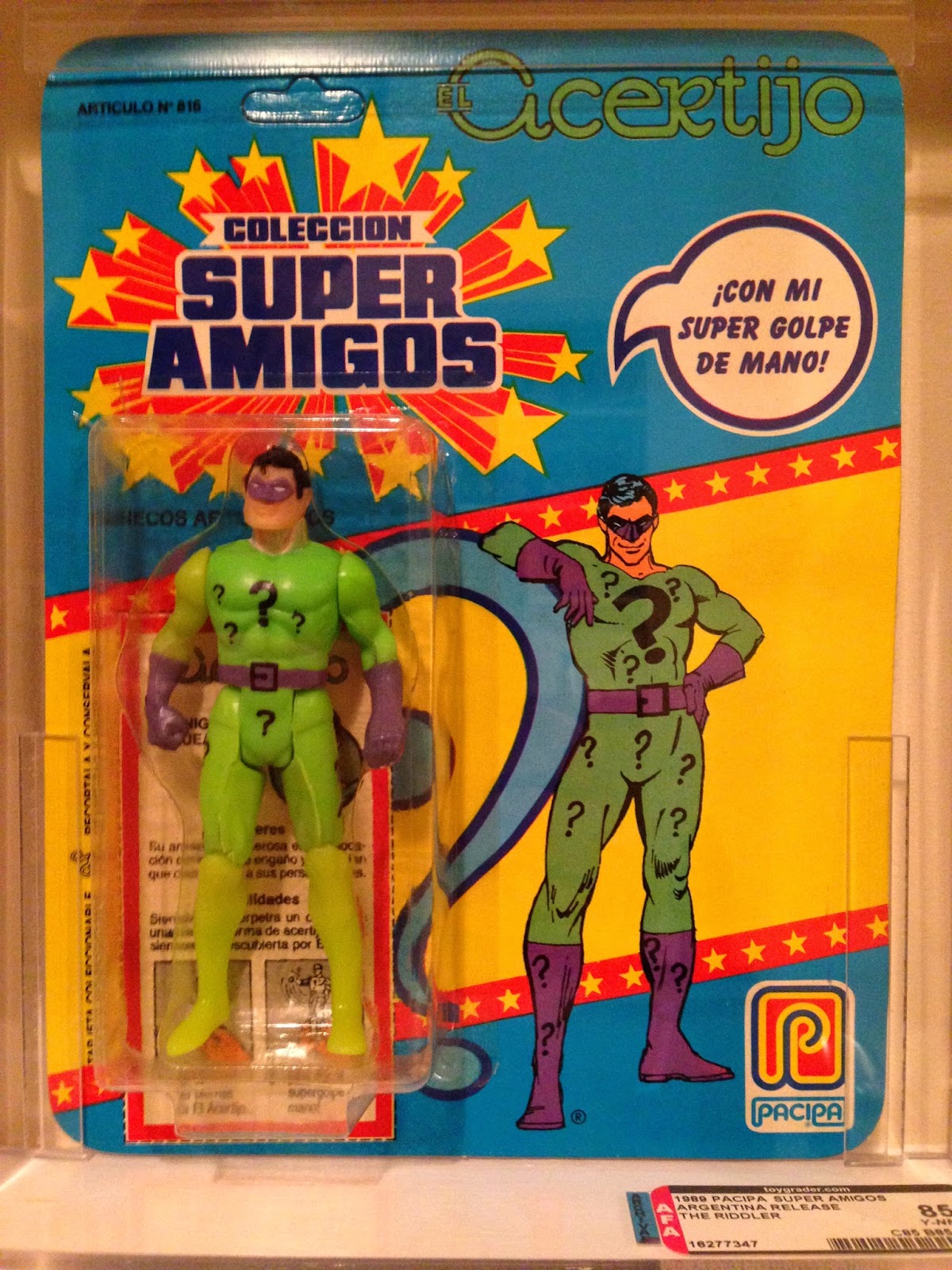 Here's my original Super Amigos El Ocertijo fresh out of the bag from AFA. Had em graded and he got straight 85s!

Anyway don't get me started on Super Powers we could be here for a while!
Be sure to scope out Cool and Collected for the rest of the League's take on this assignment!
Posted by Rich at 5:59 AM