The League Has Spoken - Pirates!

Another one word League assignment - Pirates
I'm looking forward to this one!
Go ahead and press play for the full affect!

I actually thought about this topic for a bit as I don't collect anything pirate related. That's not to say I don't like pirates or have fond memories of the genre! 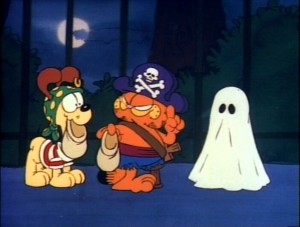 To commence this 3 part assignment I'll start with some of my all time favorite pirates.....

These pirates didn't have names and were only present for a few minutes.....but that didn't stop them from becoming some of my favorites. As a kid I absolutely loved Garfield's Halloween Adventure. Anyone who has seen this special knows that Garfield and Odie dress up as pirates and pillage the town in search of "candy, candy, candy!" Anyway after scouring the neighborhood they see a lonely house across the water on an island. Garfield, being the greedy cat he is, decides they can't leave this house unpillaged! They row over to the house and meet a creepy old man (who really gave me the creeps as a kid!) 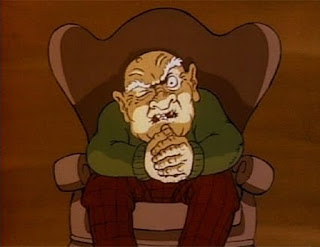 This creepy old man informs Garfield and Odie that a bunch of dead pirates are coming back for their buried gold (which happens to be buried at that very house). Garfield doesn't believe him until the old man claims to their "cabin boy". Anyway at the stroke of midnight the pirate ship appears....much to the dismay of Garfield and Odie who run for a hiding place. 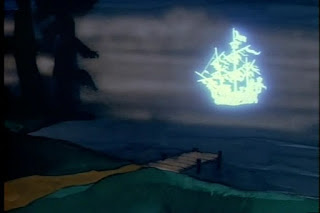 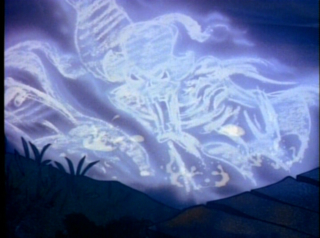 Anyway the pirates find them and scare them half death. They make it home with quite a story to tell! Loved this one as a kid....still do!

"I said the one thing I'm not is a scaredy cat!" 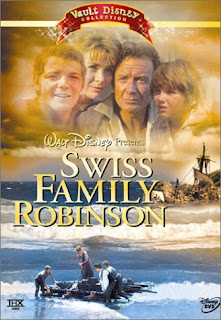 Another movie I loved as a kid. Me and my brother recorded this on VHS (that's how 80s kids pirated stuff!) and must have watched it a dozen times! I mean it had pirates, wild animals, an awesome tropical island, AND the most incredible tree house imaginable! I think the tree house is what initially drew me in! I used to love building forts and hideouts. This tree house would be any kid's wildest dream! 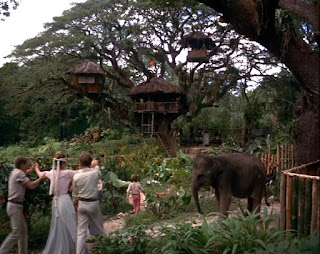 The pirates in this movie are of course the bad guys. They are the reason this family gets stranded on this island in the first place!

I haven't seen this movie in I guess 20 years, but it still remains one of my favorites from childhood! Those Robinsons put Chuck Noland (Cast Away) to shame. They do stranded in style! No Wilsons for this family! 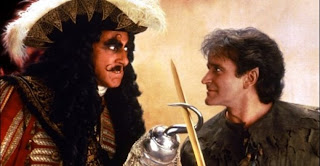 I couldn't in good conscience write about Pirates without including Hook. Great movie with some great star power! Robin Williams as Peter Pan, Julia Roberts as Tinkerbell, and of course Dustin Hoffman as Hook himself. And don't forget the fact that the music was done by the great John Williams!  A classic in my opinion....
"I hate, I hate, I hate Peter Pan!" 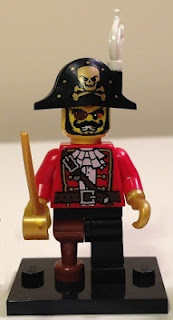 Threw in my one solitary pirate related toy in the Nerd Nook.

So that'll do it for this week's topic. I guess you can probably tell that I really enjoyed this League assignment. A nice walk down memory lane. Gave me a reason to unearth some great memories!

Check out some other great pirate fun around the league:
Shezcrafti has some pirate tunes

Rediscover the 80s has some great pirate cartoon characters.

Good Will Hunting 4 Geeks has some sweet pirate related toys!
Posted by Rich at 6:43 PM