The League Has Spoken......Dream Job!

"If money was not a concern and you could choose any career path, what would be your ultimate dream job?  "
So the League has spoken and the above quote is this week's assignment.  As soon as I saw this assignment I knew it would need to be two parts. Part one would be a real job that I would absolutely love to do.  Part two will be a dream job from one of my favorite pop culture icons that would be equally amazing to have.
Part 1: My IRL Dream Job (that's "In Real Life" in case you didn't know)
TOY HUNTER! 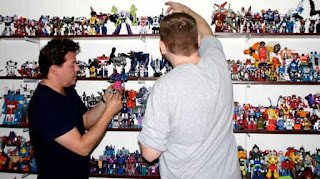 Yes that is correct. If money were no object, bills and health care removed from the equation, that would be my dream job. I absolutely love the show on Travel Channel.  I mean what an awesome job for a lover of vintage toys and pop culture. For anyone who is not familiar with the show, Jordan has been dealing toys as he says for "over 25 years".  He lines up leads (collectors looking to sell their stuff) meets with them and makes deals. He also gets to chat with the collectors and hear their stories of how they got started and why their items are important to them.  For me this would be an awesome way to spend  the hours of 9-5 each day of the week!
"these may be toys, but this ain't child's play" - Jordan Hembrough
Now for part two.....Archeologist

Now I didn't say I wanted to be Indiana Jones himself. I don't think anyone but Indy could fill those shoes. But I would like the job of archeologist as it is portrayed in the Indy films.  A tomb raiding, idol discovering, native out-running, ark locating, nazi decimating, cult killing, slave freeing, antidote drinking, elephant riding, gun firing, puzzle solving, snake hating, swordsman shooting, holy grail hunting, leading lady loving,  son of James Bond himself! (hallelujah, holy shit, where's the tylenol?!)

I mean I did choose to name this blog after one of my favorite quotes from "Temple Of Doom". I know "Temple" is usually everyones least favorite (myself included) but it's still like saying which one of your kids you like the least. You still love it!

So there you have it. My dream jobs.  I'm sure later I'll think of other ideas I could have used, but honestly how can you go wrong here. Toy Hunter or Indy's protege. Either way SIGN ME UP!

"So forget any ideas you've got about lost cities, exotic travel, and digging up the world. We do not follow maps to buried treasure, and 'X' never, ever marks the spot." 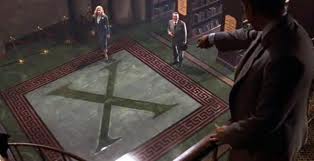 Check out some of the other League members reporting for duty at their dream jobs:
Reis over at the Lair of the Dork Horde is one lucky guy check him out to find out why.
That Figures blog is getting deep and philosophical here talking a space exploration (a topic im quite fond of)
More league posts to come!
﻿
Posted by Rich at 5:06 PM