Pop Culture League - Aliens Among Us

For this week's assignment from the league it's:

“If aliens visit us, the outcome would be much as when Columbus landed in America, which didn’t turn out well for the Native Americans.” –Stephen Hawking
So I spent a bit of time considering what to write about for this week's league topic and finally settled on Superman. There were a few factors that lead me to this choice.
1. Since basically birth Superman has been my favorite fictional/pop culture character 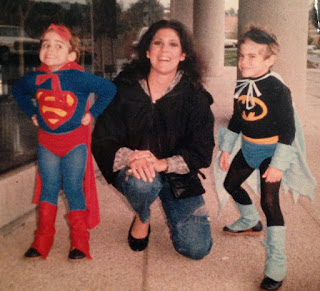 2. He's arguably the coolest alien ever to be among us (plus he decided not to kill us all/rule the planet with his incredible powers which is also good)

I decided to do a list of my favorite Supermen. I kept the list to only include portrayals that I, myself, can remember experiencing or took the time to watch (never watched "Smallville"...felt too "Dawson's Creeky" for my tastes). So here goes... 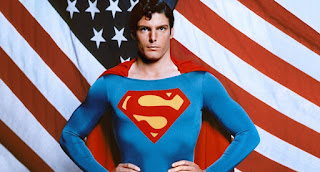 As far as I'm concerned, Reeve is THE quintessential Superman. Kal-El himself could come down to earth and don the "S" and I'd still say Chris was better! (exaggerating but you get the point). My earliest memories of Superman are of Chris in the tights watching a marathon with my Uncle Ants so Chris also delivers in the nostalgia department... bonus points! 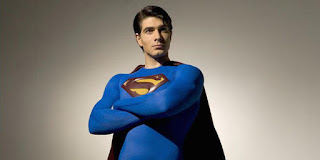 I know, I know... "Superman Returns" sucked, right? Well to that I'd say "not exactly". Yes it was a flawed movie and didn't quite have what it took to be a successful reboot, but I still liked it better than "Man of Steel". "Returns" was too much of a homage type film rather than a stand alone reboot. All that said, I feel Routh was a more natural Superman than Henry is. I can't quite explain what I mean by that, but I still prefer his portrayal. It could be a subconscious thing that draws me to Routh because Routh's portrayal was very much like Chris'.  Who knows... 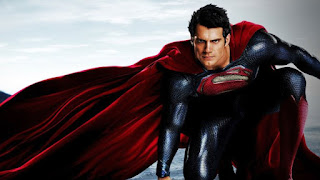 With my choosing Brandon over Henry for number 2 spot I don't want to imply that I dislike Henry. I don't think he's a bad Superman. I do find him less natural and tad robotic, but not bad. Chris, for me, became "The Man of Steel"... Henry has yet to do that. He's still feels more like an actor in a suit than Superman himself (biased I know). 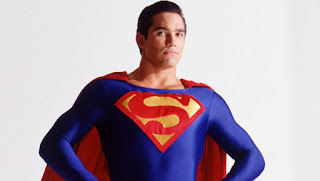 I'm not ashamed to admit that I liked the show "Lois and Clark". In its height I was about 13 and I can still remember where I was (a neighbor's party with my family) the night they had the "who's asking, Clark or Superman" season finale cliffhanger! So for that reason I had to include Dean's portrayal which wasn't bad at all in my opinion. Yes, the diving off camera take off was uber cheesy, but c'mon what more can you expect from 90s television! 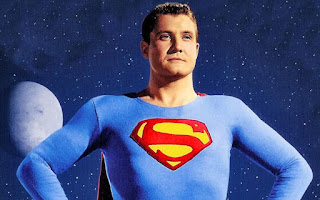 Now if you remember back at the start of this ramble I said all Supermen that I experienced, well (going to date myself with this one) I can remember George Reeves' Superman from old reruns as a kid. As a youngster in Kindergarten I usually had to go to aftercare when my morning half-day class was finished because my Mom and Grandmom both worked. BUT there were rare occasions when Grandmom would get done early and would pick me up. These were the afternoons I remember turning on the TV and surfing the channels to find these old black and white reruns. It didn't matter that they were old, it was Superman and I was obsessed!

So that's it for my Superman top 5. I'm certainly looking forward to "Justice League" and am psyched that I'll get to see my all-time favorite in loads of movies to come!

For all the other "Aliens Among Us" posts, be sure to check out Cool and Collected!
G.I. Jigsaw went there with some "Armageddon" action figures (and others)
Alexis' Universe also took the toy route...
20 Years Before 2000 went the "Men in Black" route (I didn't even think of those guys, DOH!) 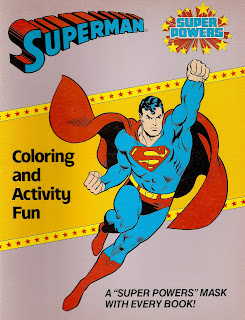 You didn't think I was gonna write about Superman and not include a Super Powers reference, didya???
Posted by Rich at 5:50 PM