The League has spoken:

It's sort of funny that in the world of collecting bootleg isn't such a bad word. In fact, often times, bootlegs are worth massive amounts of money....sometimes even more than the real deal. Collectors seem to view bootlegs as an opportunity to expand their collection and add some wow factor. Being a huge fan of the Kenner Super Powers Collection I decided to highlight some of the many foreign companies to produce their own versions of the iconic characters Kenner masterfully sculpted and beautifully presented. 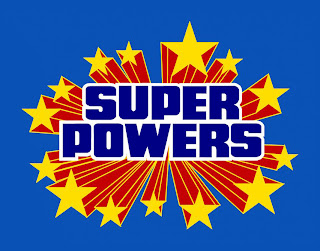 The Super Powers Collection ran from 1984-1986. Three seperate waves of figures were released resulting in a total of 33 unique action figures. A fourth series was planned and many figures reached the prototyping stage before the line was ultimately cancelled. 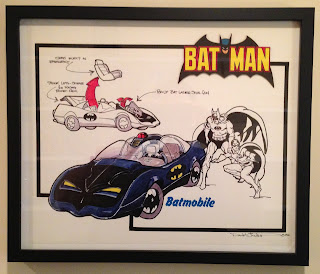 A piece of concept art in my collection which depicts Kenner's idea for what a Batmobile toy would look like. This was drawn in August of 1982 to be used to present to DC in order to procure the license to make DC action figures. 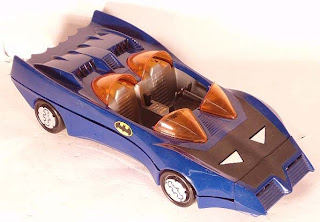 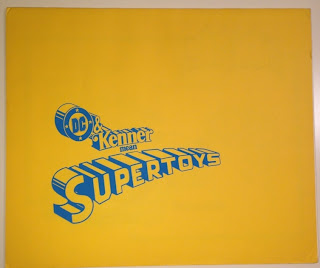 This cover is attached to the concept art....DC & Kenner mean SUPERTOYS (Kenner really wanted that license!)

Well ultimately Kenner got that license. As I said they went on to produce arguably the most popular line of vintage Super Hero toys.

Now that the back story is out of the way onto the bootlegs!

Like I said, the line wrapped up in 1986. Not long after Kenner granted several foreign companies the license to produce toys using the sculpts and artwork featured on the Kenner toys. These companies included Estrela (Brazil), Gulliver (Columbia), and Playful/Pacipa (Argentina) to name a few. Each of these companies produced figures with varying degrees of quality....however the lack of quality doesn't deter die hard fans of Kenner's line from seeking out and collecting these toys. 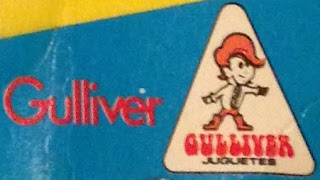 Gulliver Juguetes (Brazil)
Gulliver's versions of the Super Powers line are known for poor quality.  They were carded using very flimsy cardboard, low quality plastic, and cheap glue. All of these factors contribute to the rarity of carded Gulliver figures. Especially ones in nice condition. 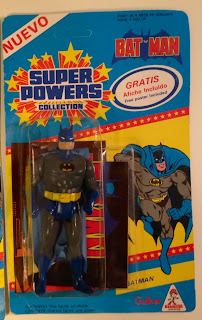 Unlike their Kenner counterparts, the Gulliver toys lacked articulated knees, free mini comics, and clothe capes. They instead came with free posters and vinyl capes.

Another very interesting addition to Super Powers collecting was provided by the Gulliver Toy company. They are responsible for creating the character El Capitan Rayo or Captain Ray.  Captain Ray was made using a re-purposed Superman body with an Aquaman head. Due to him being totally made up, they used Super "Heroes" rather than "Powers" on his cardback. Regardless of this change he remains one of the rarest, most valuable, and most sought after figures for Super Powers collectors. A holy grail as they say.... 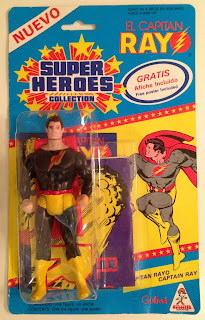 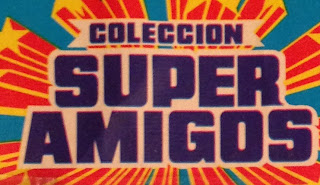 The Argentinian companies Pacipa and Playful each produced super hero toys under the name "Super Amigos".  These figures, like Gulliver, were relatively poor in quality when compared with those of Kenner. 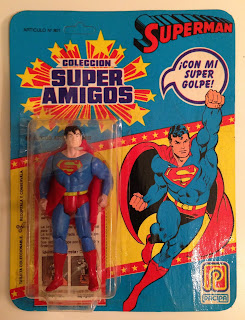 No free comic or poster 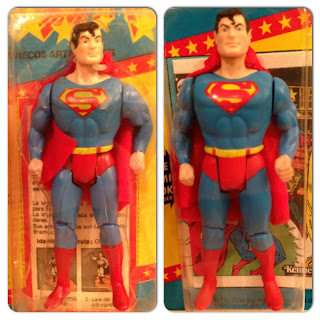 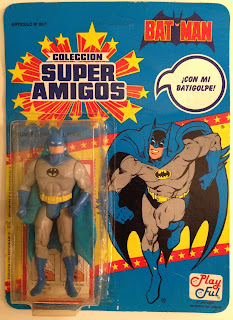 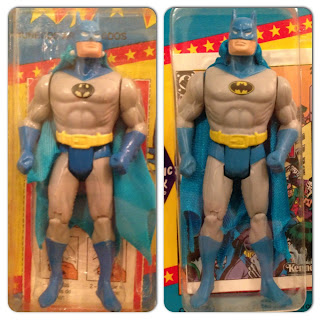 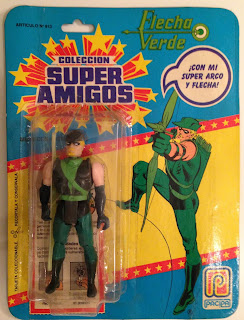 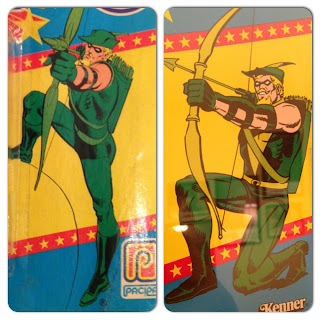 A few of the characters were given different character art on the card backs for their foreign release. Green Arrow or Fleche Verde was one of them.

Playful and Pacipa (like Gulliver) are responsible for releasing another unique character. Rather then make up their own character, the Argentinian companies took a Green Lantern mold and reused it to create The Riddler or El Acertijo. 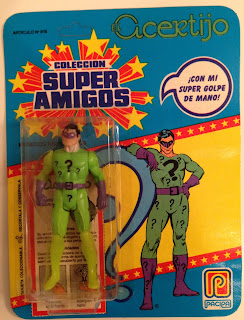 The Riddler represents another rare and highly sought after figure among Super Powers collectors. I personally love the character art of The Riddler and am happy to have him in my collection.

Estrela (Brazil)
The Estrela toy company from Brazil is widely regarded as being responsible for making the highest quality figures of the South American toy companies.  They used clothe capes, higher quality packaging materials, and included free mini comics (even for a few characters who never had them for their US release). 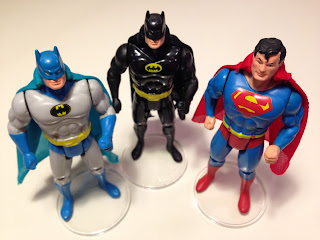 Estrela, like the previously mentioned toy companies, is responsible for creating another Super Powers rarity. As you can see in the above photo, one of the Batman figures is wearing an all black suit. Leading up to the release of Tim Burton's Batman, Estrela reused the Super Powers Batman mold to sell Black Suit Batman figures. This was short lived, adding another fun, and fairly rare figure for Super Powers collectors to hunt.

So there you have it. A bit of information on the many Super Powers knockoffs. Don't let the inferior level of quality fool you! Many of the figures from these lines have some serious price tags and are treasured by die hard collectors...trust me...I'm one of em!


More League Knockoffs and Bootlegs to come! Until then check out Cool and Collected!
Posted by Rich at 4:52 PM