It looks like Hasbro will be releasing some highly detailed action figures under a new label.....Black Series. They are said to be sticking predominately to original trilogy characters with a few major players from the prequels. Wave one is set to be released in August and will include the X Wing pilot Luke (pictured below), Darth Maul, R2 D2, and a Sandtrooper. A bit of a random assortment for wave one.

I'm looking forward to seeing what some of the other characters will look like. I'm also glad these don't come out until August. This gives me a few months to decide if I want to collect them! =) 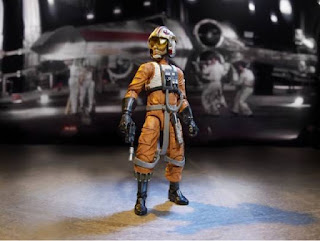 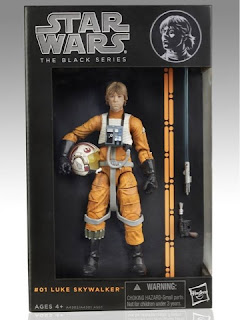