Here there be Monsters


So we're officially into the month of October and of course Halloween is on the brain. That said, this week's assignment is monsters! I decided that I'd go with my favorite Halloween/Monster related McDonald's happy meal toys from my youth... 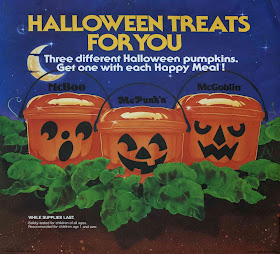 These were so simple yet so awesome! You had McBoo, McPunk'n, and McGoblin. I still remember collecting this trio. Wish I still had em! 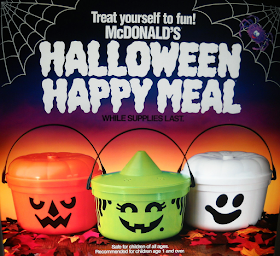 Several years later they released this great line up. With glow in the dark features included.
These buckets are a perfect example of the simple toys we grew up with that were amazing despite their simplicity! 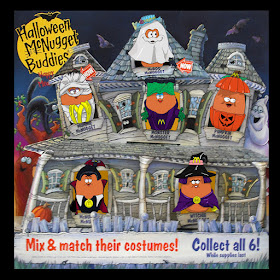 Series one included some great monsters. There was a ghost, mummy, Frankstein, Pumpkin, Dracula, and Witch. They were basically hallow plastic nuggets with different faces with interchangeable costumes.
There were additional waves released a few years later.... 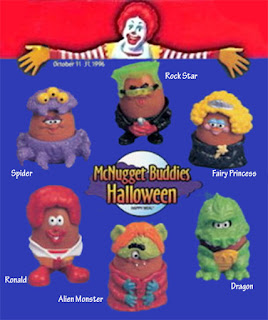 This wave wasn't as exciting in my opinion. Hard to compete with those iconic monsters of wave 1!

So that's my take on the monsters topic. I really do love these old McDonald's toys. Halloween themed aside, they had tons of awesome Happy Meals toys when I was growing up.

Be sure to check out the rest of the monster posts over at Cool and Collected!
Rich at 4:41 PM
Share